Why are MacBooks Hard to Repair? 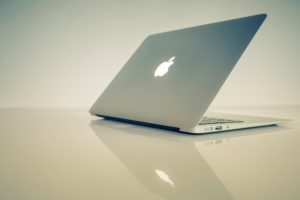 As we have discussed previously in detail what type of damages can happen to a MacBook, Apple has designed them to be very hard to repair.

Damage done by dropping your MacBook and spilling water on it can cause it to be broken are some of the damages which can happen to a MacBook.

Apart from being prone to damages, Apple has designed the MacBook in a way that it is extremely hard to repair.

There are several reasons why Apple has designed the MacBook hard to repair. Some of them are listed and discussed below:

One of the primary reason why the MacBooks are hard to repair is that Apple wants their users to buy the new model of their product when the model they are using is damaged.

There is no rocket science here. If the MacBook would have been easy to repair, the users will get their previous models repaired and continue using them instead of purchasing the new models.

There are not so many drastic changes and upgrades in the new models of the MacBook so convincing customers to buy the new model might be difficult, especially when they can repair the previous model they are using.

That’s a no-brainer. The ultimate reason for making the MacBook hard to repair is to increase their profits.

Once the MacBook is damaged, many users are forced to buy a new one which results in increased profits for Apple.

Now let’s discuss why the MacBook is hard to repair and how our team at Ask Computers can still repair it:

One of the main reason why the MacBook is hard to repair is that of the tiny and proprietary screws used by Apple which makes it extremely hard to get into the device.

But with the experience of more than 15 years of Apple repair, our team at Ask Computers have all the right tools and experience to handle all the tiny and proprietary screws for MacBook repair.

Apple knows that only using nuts and bolts to hold components will make it easier to repair their devices, so they make extensive use of adhesive to hold the components of their MacBook.

Apple likes to solder the battery to the logic board of their MacBook which makes the repair a whole lot difficult.

The MacBook also includes RAM which is soldered directly into the motherboard. Again, this makes it very hard to repair.

To tackle this issue, we at Ask Computers have professionals who master the skill of micro soldering to make sure they repair the MacBook in the best way possible for our clients.

So these are some of the reasons why Apple’s MacBooks are hard to repair and why we at Ask Computers can repair them.