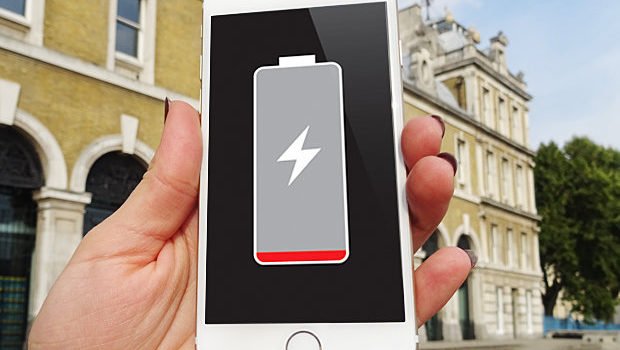 I had a battery issue with my apple phone and iPhone repair near me wasn’t as easy thing to find. There is a lot that can go wrong with your iPhone’s battery, however, on the other hand, there are a lot of myths about it as well. So in this article, I’ll be telling you about some of the common myths and misconceptions about iPhone’s battery.

So the first one we have has to do with the newest iPhone and I’ve used every one of them and charged them very similarly across all of these different years. So I thought I’d share with you those myths.

Now the first one is when you get a new iPhone and you take it out of the box and you get your new adapter that you need to plug it in and charge it a hundred percent before using it and that’s simply not true because this is a lithium ion battery, it has no memory and it doesn’t need to be charged. It does not need to be taught how to charge and how full it is the operating system knows that because it’s intelligent and it’s been built that way to look at the battery and know how much capacity it has. So you don’t have to charge it 100%.

The next thing many people believe is you should never charge your phone unless it’s completely empty and again it’s the same principle here because it’s a lithium ion battery it doesn’t matter if it’s fully drained or filled. I think a lot of that comes from when there were NiCad batteries or nickel cadmium batteries where that was more necessary to fully drain it and then fill it back up. With an iPhone and a lithium ion battery, you don’t need to do that and it’s not a problem basically to plug it in anytime.

The next myth is that you can’t charge it throughout the day and so you can plug this in whenever you want to or whenever you need to if it’s getting a little bit low. The time is not going to make a difference. So ideally a lot of people say that you should charge between 50 and 80 percent but what happens is the iPhone regulates that for you regardless of showing 100% or not, it will keep the battery as long as possible so that you can use it as long as possible but also sustain the battery life altogether.

The next myth and this one I hear a lot is that you shouldn’t charge overnight and that’s definitely not the iPhone completely regulates itself and in fact I’ve charged every single iPhone I’ve known every single night all night every night and I do that because before I go to bed I set my alarm plug in the phone and then go to bed. I wake up I’ve got a hundred percent and I’m ready to go now I’ve done this with every iPhone like I said so. I have an iPhone 7 plus these days and I also have an iPhone 6 plus running iOS 9 and then I also have an iPhone se II and I want to tell you that I’ve charged these every single night the same way like I said and you can actually check the battery life and Apple says that after 2 years, you should have 80% of your battery life left and if that’s the case we should have that now. What that means is on the battery sticker, you can see we’ve got two thousand eight hundred and fifty-five milliamp hours. That’s the total capacity of the battery, that’s what it should be from new.

As an example, after two years of plugging my phone in and using it just how I normally do, I’ve got two thousand seven hundred and forty two milliamp hours left or 96 percent of the battery remaining. That’s after charging it every night and plugging it in as needed, plugging it in in my car as I’m driving back and forth to wherever I’m going and that’s really it, charging whenever I need to.

Now last year I used the iPhone 7 plus the exact same way let’s check its battery health, and again, we’re at ninety six point five percent. After a year we’ve got two thousand nine hundred million power battery and twenty eight hundred left and that doesn’t mean it won’t charge to a hundred percent, which just means that it will charge to a hundred percent of whatever the remaining capacity is.

With the iPhone se, it’s a little bit different. The phone I have is about a year and a half old that came out about March and it has sixteen hundred and twenty four milliamp hours and we’ve got fourteen hundred remaining for eighty six percent. So that means that we’re still above 80% and it’s not 2 years old yet and this has been plugged in the same way every night all night.

So the next thing is you shouldn’t charge with fast chargers or more powerful chargers and these phones were charged all the same way using an iPad charger since the first iPad came out I’ve used this charger to charge my iPhone a hundred percent of the time I don’t know that I’ve ever used the original charger except for on the original iPhone before the iPad came out and this charger varies in power.

The problem with more amperage is heat so if you’re in a very hot environment, you may not want to do that all the time just because the more heat the lesser your battery life tends to be over time. But if you are you know in a regular regulated room whether it’s air conditioned heated whatever, if you keep it around 70 degrees or somewhere in that range and you want to fast charge it all the time, that generally won’t be an issue unless it’s in a big case.

So you want to make sure that it’s just not super-hot. While charging normally, its okay if it gets warm but it shouldn’t be scalding hot that you can’t touch. So if you’d like to check your battery life that way let me show you how to do that. I use and app called “Lirum info lite” and you just go to your tools, go to your tools,  go to battery, go to check battery internal reports and let it run for a minute because this number will probably change and then it will update.

We’ll be counting down the some of the myths about Apple overall.

From an aesthetic standpoint a purely Apple electronic home is sure to please but it can be hard on the wallet. For a number of accessories, more affordable alternatives are available that can meet your needs and deliver a performance on par if not better than the more costly Apple made options. The only thing the iPad couldn’t do was walk or read until now.

Not everyone has an iPhone even though that might often feel like the case. To be fair, the iPhone 6 was legitimately the best-selling smartphone of 2016 but Apple still only accounted for fourteen point six percent of the total market share with various Android phones taking 80% and while the iPhone 6 and 6s sold a combined 180 plus million units, they don’t come anywhere near the best-selling cell phones in history the Nokia 1100 and 1110 which each sold a whopping 250 million units in the early to mid-2000s. Now as it appears, there’s not much hope for the iPhone 7 which has particularly weak sales.

The Apple App Store remains the most recognizable and lucrative app store around. Do you have any idea how much time and man-hours it would take to re-download those apps? However, they did not invent apps or the concept of an app store despite making that very claim in a 2013 court case when they attempted to block Amazon from using the term app store. The abbreviation “app” for application doesn’t have popularity limited only to Apple but mobile applications and centralized app distribution software have been available long before Apple adopted the concept.

In 2015, regardless of the legal status Apple doesn’t want its consumers jailbreaking their devices because it allows you to download unauthorized apps and features, which means they lose money plus it’ll void your warranty.