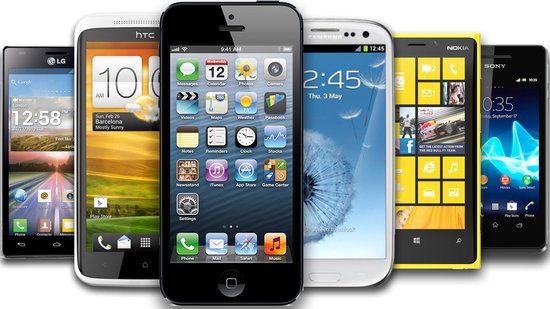 Cell phone repair can only be carried out if the problem is diagnosed carefully. In many cases, the problem users think their phones have are reliant on some common smartphone myths.

So in this article, I’m going to talk about top smartphone myths that you might have come across and I’ll try to bust them, and these are common myths that a lot of people have about smartphones like sensors etc and I see a lot of people fighting about this in online forums.

So let’s get to them and the first thing and this is a common myth that many people have. The more the megapixel that you have on a smartphone, the better the results are and this cannot be true and yes, in realistic world, the higher megapixel count that you have, the picture should be better. But again, with each smartphone, you have to realize that the space available for the sensor is very tiny and these manufacturers have to pack in all those pixels in doctor sensors. For example, if you say a camera is having 12 megapixel that means it’s having 12 million pixels on that sensor. Whereas, let’s say another XYZ camera for example, the Xperia XE had a 23 megapixel sensor dockage, they had to pack 23 million pixels and it can be great at times.

In artificial lighting and low lighting conditions a camera with a very high megapixel count will suffer compared to other camera. For example, let’s take the example of the most popular smartphones which have great camera, for example, the iPhone 7, the galaxy s7 and even the pixel, you will notice one thing very common is that all of these have a 12 megapixel rear facing camera sensor not a 16 or 32 MP.

In the early days, Samsung used to go with higher megapixel count but they have also come down to about 12 megapixels. The thing is that compared to a higher megapixel count for example like 23 or whatever, if you package those many pixels on a sensor the size of the actual pixel gets smaller and smaller because the size that is available is just limited and the amount of light that can go to the center gets reduced. Hence in smartphones specifically, the pixel size is very important hence lately we have seen many of the smartphone vendors especially Samsung etc move from 16 megapixels to 12 megapixel and I feel the 12 megapixel is the sweet spot.

Let’s move to another thing many people say that you should not charge your phones very often. This is not true. Modern smartphones are running on lithium-ion batteries and you don’t have to worry. You can even charge your phone if it’s just at about 70%, you can charge it and in fact I would say it’s a good idea to top up your phone frequently rather than completely depleting it.

The next thing is only use company supplied charger that you get with your smartphone. Yes, ideally at most, we’ll recommend you to use the supplied charger of your smartphone but again, if you are opting for budget oriented smartphones generally what happens is that due to the budget constraint many of the manufacturers when the smartphone might support quick charging and stuff like that, they don’t bundle earthquake charge because the cost of the quick charger is a lot more.

So in those circumstances, you can actually charge your phone with third-party chargers. For example, don’t buy the cheapest chargers that you get on eBay and stuff they are mostly knockoffs. But again, if you are opting for third-party chargers from reputable companies like Aki Ankur etc and if it’s a Qualcomm quality sacred charger, you are safe to go.

Also, do note that the cable you attach on your charger should be a good quality one. I’ve seen this a lot and many people complaining though they have bought the fast charger, their phones were not charging quickly and the culprit might be the cable. Generally, notice that aftermarket cables, the cheap ones that you get in the market are very thin but the original cable that you might be getting with your smartphone is a lot thicker. So also pay attention to the cable that is being used.

Again this is a common myth and I do get a quick a lot of questions regarding this one: will I degrade my battery life or my smartphone in the long term or will it have bad effects if I charge it overnight? It’s perfectly safe to charge your smartphone overnight. These modern smartphones don’t allow overcharge when you’re charging, at 100% they’ll stop the charging. So you don’t have to worry about it. But If you still get super paranoid because of this, you can simply order a smart plug online which actually cuts off the power after say two hours or three hours, you can just program that. But again, if you just go to sleep and put your smartphone to charge overnight nothing bad will happen, these are modern smartphones upgrading smart and the charger will cut the charge.

The next one is regarding Dolby. We have seen a lot of smart phones now coming with Dolby support and many users think that if a smart phone is having Dalby supports the sound output from the speaker will be magically very loud, that’s far away from true. Again, the output of the speaker will depend upon the manufacturer. If it’s having a dual speaker setup or a single speaker setup. The only thing that Dolby would do is that if your smartphone shall be enabled to give you a surround sound experience and again I’ve seen this thing that a lot of smartphones these days even with a single speaker, they are calling it Dolby and I don’t think that makes a lot of sense because with a single speaker you can’t get that stereo effect.

Another thing that will be enhanced if you have Dolby support is that if you are wearing headphones, it enhances the bass a little bit but again don’t expect that if your smartphone is having Dolby support that magically the sound output from the speakers will be really loud, that’s far away from the truth.

This is a common thing that we were seeing since a long time ago and still a lot of people ask me. Does it help if you keep the Phone’s RAM free all the time? I know many people who frequently kill all the apps from their smartphones. Actually, you should not do this if you’re having a modern smartphone. If you’re having a modern smartphone for the last one or two years it’ll have at least two gigabytes of RAM and recently if you have purchased a smartphones, most of them come with three or four gigabytes of RAM.

If you’re having that kind of a smartphone memory, it’s actually a bad idea to kill all the apps because Android as well as iOS do manage the memory very well and you don’t have to actually swipe away or kill apps and in fact you shouldn’t even use memory cleaning apps that are available on these Play Store and stuff like that.

They actually hamper the battery life. For example, Android as well as iPhone use are very intelligent in managing the background tasks. For example, you have four tasks in your memory and let’s say you want to load a fifth app, if the fourth app is not being used the operating system will remove it out of the memory and load the fifth app. You don’t have to manually remove it and in fact but if you’re manually removing everything, let’s say you want to go back to the second app the OS has to actually reload it again and that consumes a lot more resources.

So using task managers to kill apps and memory management apps are not a good idea. Again, yes it might be useful if you have a very old smartphone that might have just one gigabyte of RAM, then it might be useful but for many of the modern smartphones that have over 2 gigabytes of RAM, this is unnecessary and in fact it can hamper and have negative results.

Another thing that I’ve been getting a lot. Does having full signals mean you will be getting the best mobile data coverage? For example, if you’re on 3G or 4G technically speaking, you guys are correct. But again, it’s not as simple as that. In the real world, I’ve seen many times even in areas where have full signal the data that I am getting on 3G and 4G might not be very fast and guys it depends upon how many number of users are there in that particular network on that cell tower.

If there are too many people even though if you are having a full level signal, you might not get huge data rate. So that’s the reason that whenever I do speed tests it differs from area to area.

The last myth I’ll talk about and I keep getting this question a lot these days because many of the new smartphones are coming with the higher capacity batteries and these manufacturers are bundling high-capacity chargers and quick chargers. For example, these days it’s not uncommon to find phones with a 2 amp charger and for many of the mid-range to high-end smartphones, they comes with fast charges like Qualcomm quick charge and stuff.

When you use these fast chargers with your phone, your phone might get a little warm by charging. You don’t have to worry because this is completely normal. This happens with almost every phone even iPhone 7, galaxy s7, Google Pixel etc and all these phones when you charge with fast chargers they tend to get warm and this is perfectly normal. Your phone is not defective. The reason for that is that we are pushing in a lot more current to charge it faster, that’s the reason you see that heat being dissipated and this is completely normal behavior.